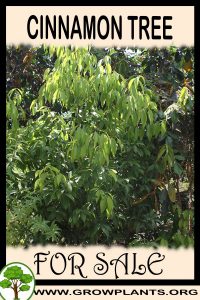 Cinnamon tree for sale – Easy plant to grow, with edible bark and leaves, also can be grown for the ornamental leaves and for fragrant, planting in spring to summer, better to buy plant or another option to start from seeds yet more challenging.

Blooming in autumn to winter in star shaped flowers that appear in yellow color.

Species – There are hundreds of types of cinnamon but only 5 types are used for commercial purposes.

Here are some growing tips:

Location – Cinnamon tree can grows indoor or outdoor as long as it receives enough sunlight. Better the temperature won’t be under 18°C (64°F). The soil must be rich well drained and acidic (pH around 5). A mixture of soil, perlite and sand is recommended.

Planting – The best is to start in the spring. Cinnamon is mostly propagated by seeds. Soak the seeds into the water for 24 hours. The seed should be sowed 1cm (0.75inch) under the soil with high irrigation. Germination takes place 3 weeks later. Cinnamon tree can also be propagated by cuttings or air layering (air layering is a method of propagating new trees from stems still attached to the initial plant). Start with a large container. Seedling should be transplanted in a hole enough large to contain all the roots. The size of the tree will depend of the size of the pot before transfer.

Watering – The plant likes when it is warm and humid like in the jungle. In his natural environment the temperature is around 27°C (81°F). Using mulch keeps the roots with moisture. Make sure to lightly soak the soil and not to over water.

Pruning – Cinnamon plant doesn’t need so much pruning, only to remove damages branches, better to leave few main branches it easier to harvest, in commercial use leave one main truck but in homemade growing, harvesting few small branches will be more effective

Harvesting – Wait at least 2 years before starting to harvest. To harvest you need to cut some branches or an entire section of the tree. The perfect size for the branches or stem is around 2 -6cm (0.7- 2.3 inches). Remove the outer bark’s layer. It will release an inner bark, peel the inner bark in sheets. This inner bark will be used as a spice. Freshly harvested, cinnamon quills will dry in a safe clean environment during a week. Generally Cinnamon is sold in quills.

Fertilizing – Fertilize indoor trees twice a month from spring until fall. Don’t fertilize in winter. For outdoor trees the fertilizer varies according to the age of the plantation. Fertilizer should be mixed with soil. 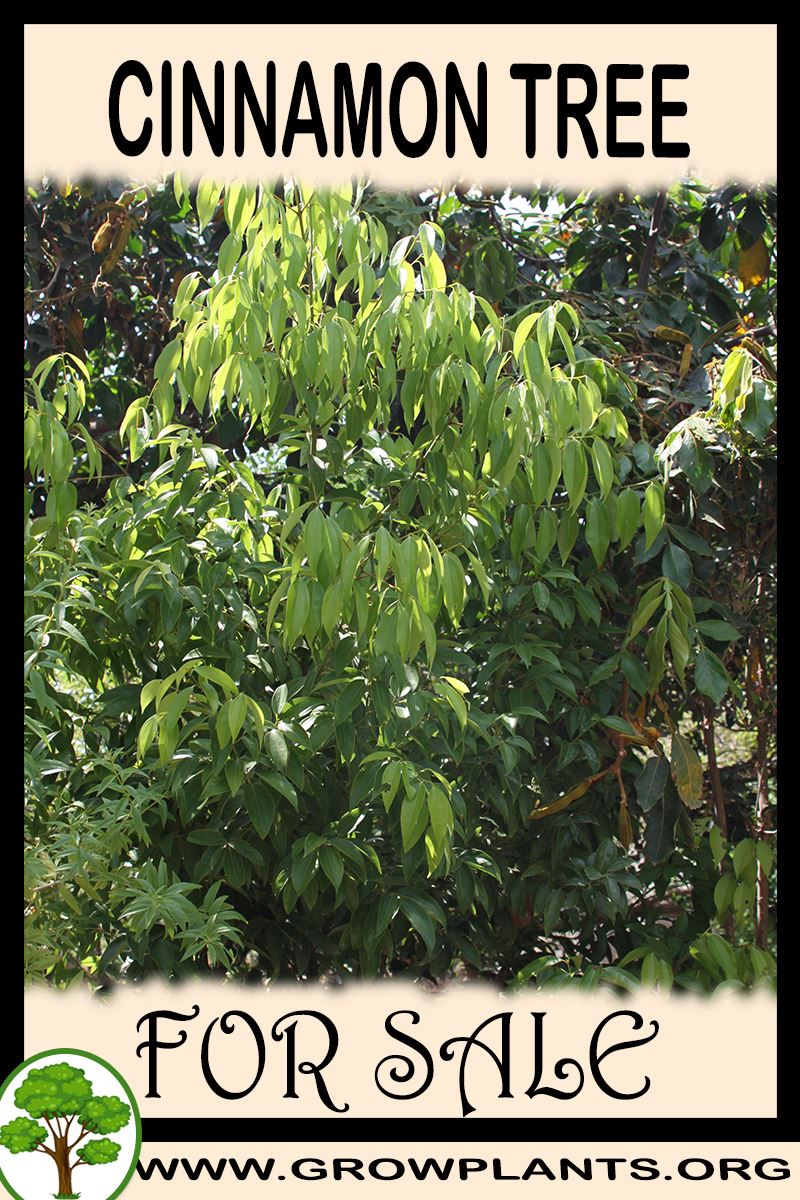